At the two-day Space2Business conference, the team presented a model of a

The Czech footprint in space continues to grow, and the talent and potential in space exploration in the country continues to increase as well. In comparison with other countries that recently joined the European Space Agency (ESA), the Czech Republic is seen as the most successful and it can compete with western countries. Czech companies have established themselves as excellent suppliers of equipment and subsystems for missions to space, and they are now building the capacities for the development, production, and integration of complex systems, as well as managing entire missions to space. Furthermore, the Czech Republic now has its first astronaut in more than 40 years. The future of the Czech aerospace industry is thus very bright and Virtuplex will be a part of it! 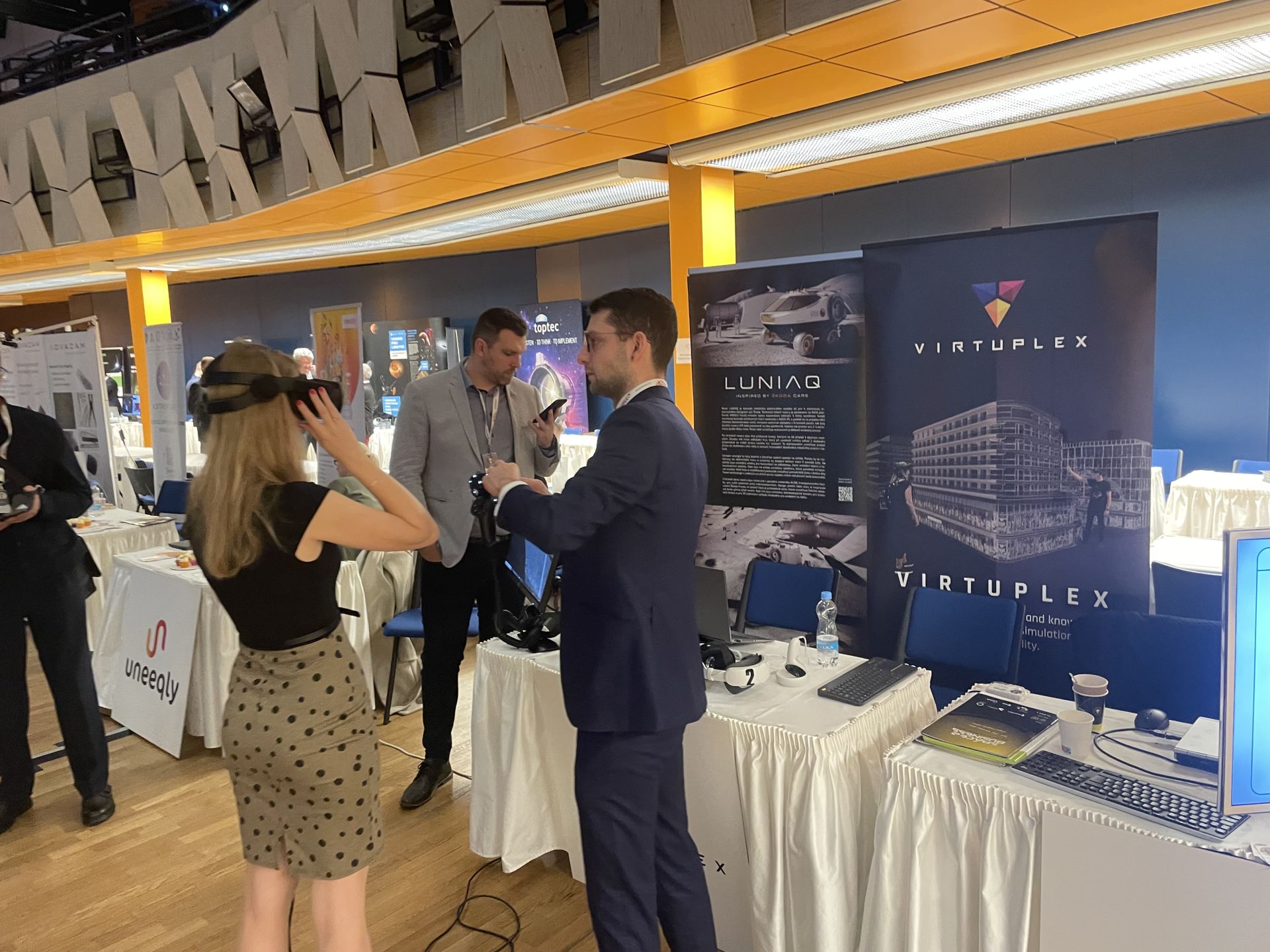 The possibilities of using VR in space exploration were presented by Virtuplex representatives at the largest domestic space festival: Czech Space Week 2022. Using the VR Manager cloud platform that allows users to connect to a project from anywhere around the world, attendees were able to see the moon base created by space architect Tomáš Rousek in their VR headset. Visitors from ESA, the European Union Agency for the Space Programme (EUSPA), and leading domestic and foreign aerospace companies could thus take a virtual walk on the surface of the moon. They were also inspired to utilize virtual reality in their own projects. 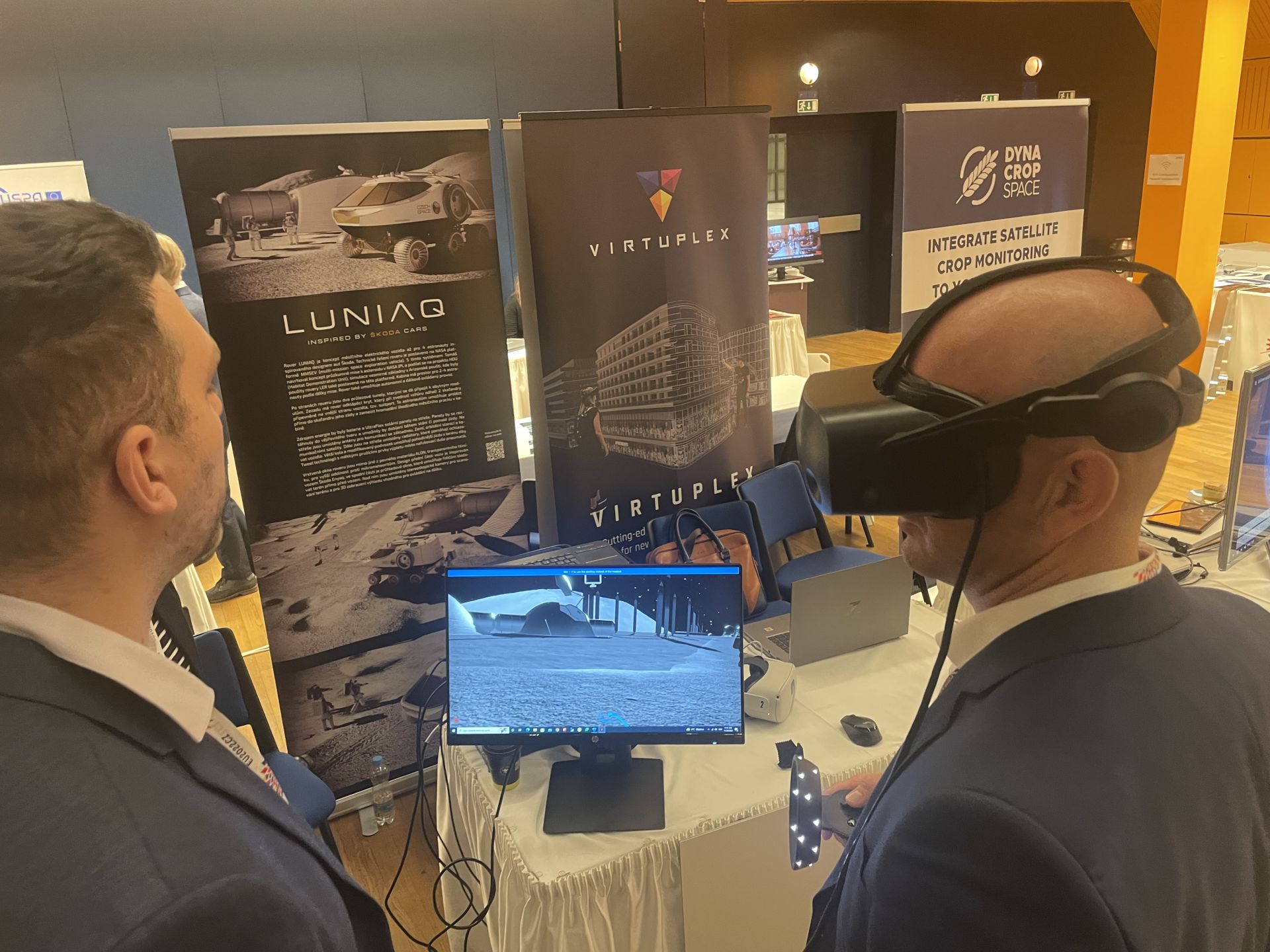 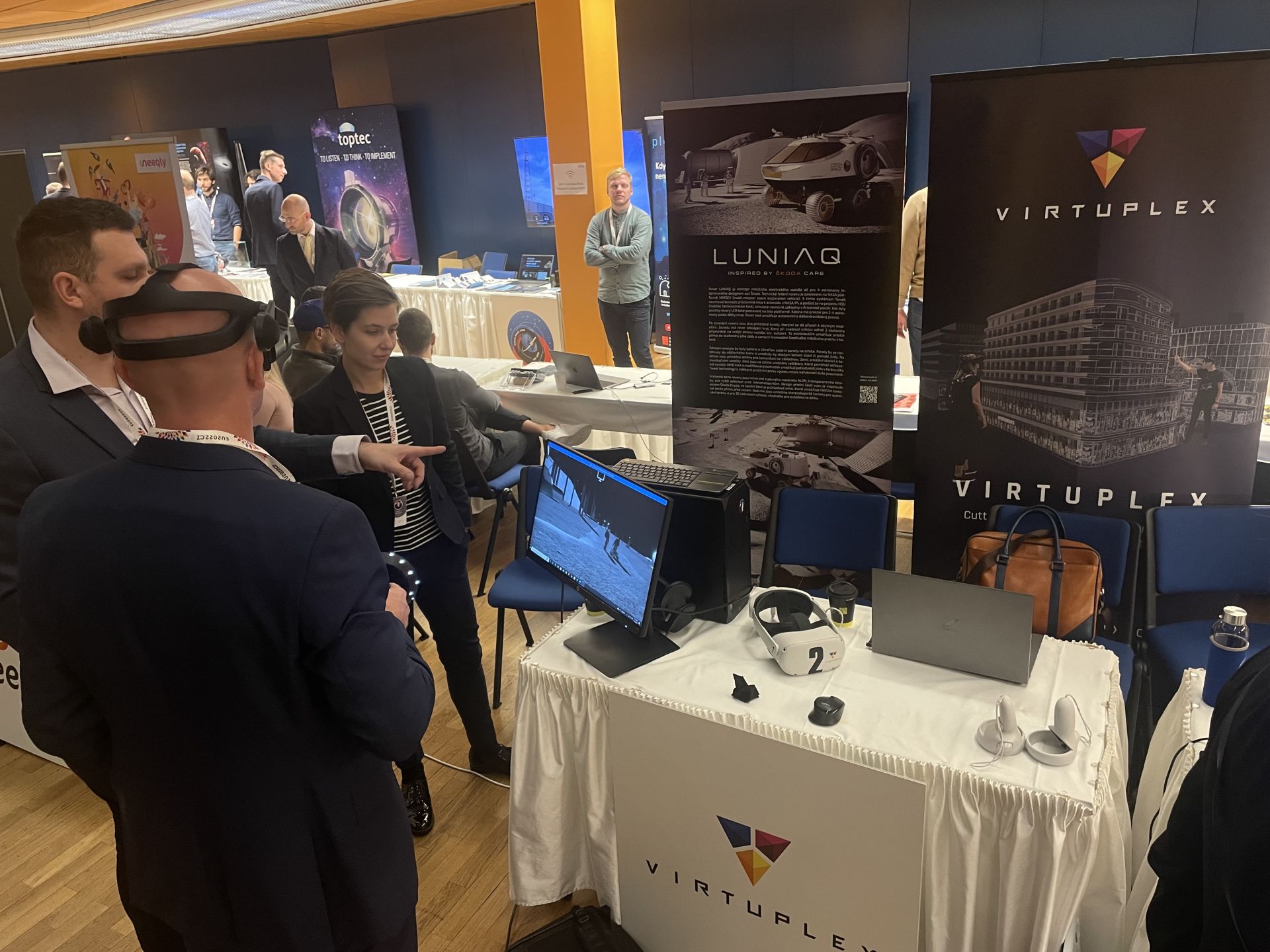 “We were contacted by several foreign representatives who are considering using virtual reality in their own missions and projects. We acquired the contacts of aerospace companies from Japan and France, for example. We are very interested to see how cooperation will continue to develop,” Virtuplex representative Michael Sidó said.

The virtual moon base and Virtuplex’s participation at Czech Space Week show the broad range of uses for VR. Don’t hesitate to contact us and we can help you with your project, whether it’s in aerospace or another field.