People can now take a close look at how coins they carry in their pockets are made thanks to a new virtual reality application developed by the Czech Mint in cooperation with the Virtuplex.

they actually made? The Czech Mint decided to present that process to the general public using virtual reality.

The virtual app has 4 sections:

So far, the project is just part of the store in Prague’s Havelská street. If successful, the Czech Mint wants to gradually expand it to other stores in the Czech Republic and Slovakia.

The Story of Czech Coins

The World EXPO motivated the Czech Mint to take advantage of the potential offered by virtual reality, specifically the experience and ability to tour the Czech pavilion before it was actually built at the site. This case led the Czech Mint to leverage the same technology for presenting itself to the public.

The goal of the resulting visualization was to transfer the experience of seeing the minting of coins and medals down to the smallest detail. The developers even allowed visitors to use the same 2 buttons used in reality to operate the minting machines. Usually, people can see these machines only during an open house event, but this new application allows them to see the process whenever they desire instead of a specific day. They also can mint their own virtual Czech Lion medals. 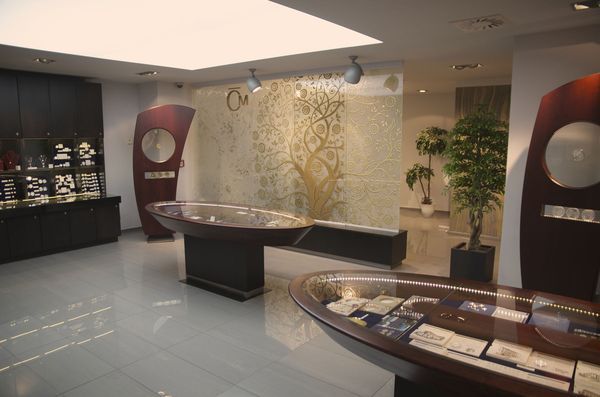 1. Transferring reality down to the smallest detail

Most of Virtuplex’s projects are focused on modelling buildings, meaning showing objects that are much larger than coins or medals. Our developers had to transpose almost microscopic details into VR while paying the same attention to special interactions. Simulating pushing a button is one thing, but programming the lifting of an item as small as a coin and keeping it in one’s grip is nearly at the limits of the technologies offered in today’s virtual reality.

The technology uses a headset that can capture hand movements and the locations of fingers. If the fingers are close enough together, the situation is evaluated such that the user is holding something. If the distance increases, the item falls to the floor. The user can also enlarge the coin to examine details

using gestures they regularly use on their mobile phones.

2. The physics of it all

The medals and coins are minted from precious metals that have a well-known appearance, and thus must appear the same in VR. The Virtuplex’s developers had to make sure they had the right shine and that the shade of gold wasn’t too yellow. The laws of physics also needed to be applied so the experience could be as realistic as possible.

One of the attractions is the ability to watch the CZK 50 coin from the machine and to catch one and examine it in detail. The programming of these interactions wasn’t easy and required fine-tuning.

Virtuplex’s Martin Albrecht said of the order: “I think this was the most complicated VR application that we’ve done so far at the Virtuplex. We usually work on simulations of single rooms or showrooms, but this was 3 different environments.” However, despite the difficulty, this was another success for the Virtuplex.